A Choson Man in America

The publication of Yeen Myung Chang’s autobiography is a noteworthy occasion for those of us who desire to make stories of earlier Korean immigrants more available not only to our young readers of Korean ancestry in America, but also to the general readers in broader American society.

The Chang memoir contributes to this narrative in a number of ways. First, it is very rare to find an autobiography written by Korean immigrants who came to America between 1903 and 1905 to work on Hawaiian sugar plantations. Most of these workers were illiterate. More importantly, there was not a strong established tradition among ordinary Koreans to leave written records of their life. Second, Chang’s account offers a glimpse of the voyage that brought Korean workers to Hawaii. Third, Chang participated in the Korean independence movement in America and adds details to that period. Fourth, Chang converted to Christianity shortly before coming to America and his experience corroborates the tendency of these immigrants to adopt Christianity. Fifth, Chang was an activist in the Korean American community, an adventurous traveler and an early entrepreneur.
by Robert Hyung Chan Kim, Professor Emeritus, Western Washington University

The Photo Album of Priscilla Choy

I did not know my grandfather very well. His English was not good and my Korean was nonexistent. It is only now, many years after his death, that I am learning about the fascinating life he lead. I fear this is the case of many second and third generation Korean Americans. Too often, we leave too many great stories on the table. With Professor Haeseong Park’s article about Priscilla Choy and the Choy family we take a step to correct this omission. This story comes to us by serendipity.

In 1997, Priscilla Choy’s photo album was found at the Midway Swap Meet near Seattle. Five years later, an acquaintance of Mr. Ick-Whan Lee, one of the founders of Korean American History Society (KAHS), donated the album to KAHS. It remained in our collection until 2014 when we “rediscovered” it while preparing for an exhibit at the Wing Luke Museum. The album contains photos that show a rich intellectual and social life in Hawaii, the University of Michigan and Chicago and hints of a connection to Seattle. At that time we decided to find out Ms. Choy’s story. Professor Park’s report starts us in that direction by illuminating the social and political milieu of the Choys and other Korean pioneers who immigrated to America between 1905 and 1907.

You can contribute to Korean American history by donating your family's history to our collection, by supporting us financially, or by participating as a volunteer.

We are excited to announce the completion of our new website, thanks to a grant from 4Culture! [...]

We are excited to announce the completion of our new website, thanks to a grant from 4Culture! [...] 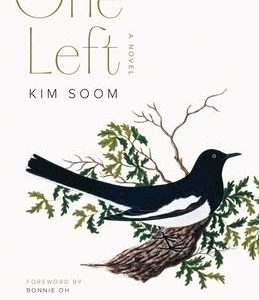 On Sunday, September 27, 2020, KAHS in collaboration with Town Hall Seattle and University of Washin [...]