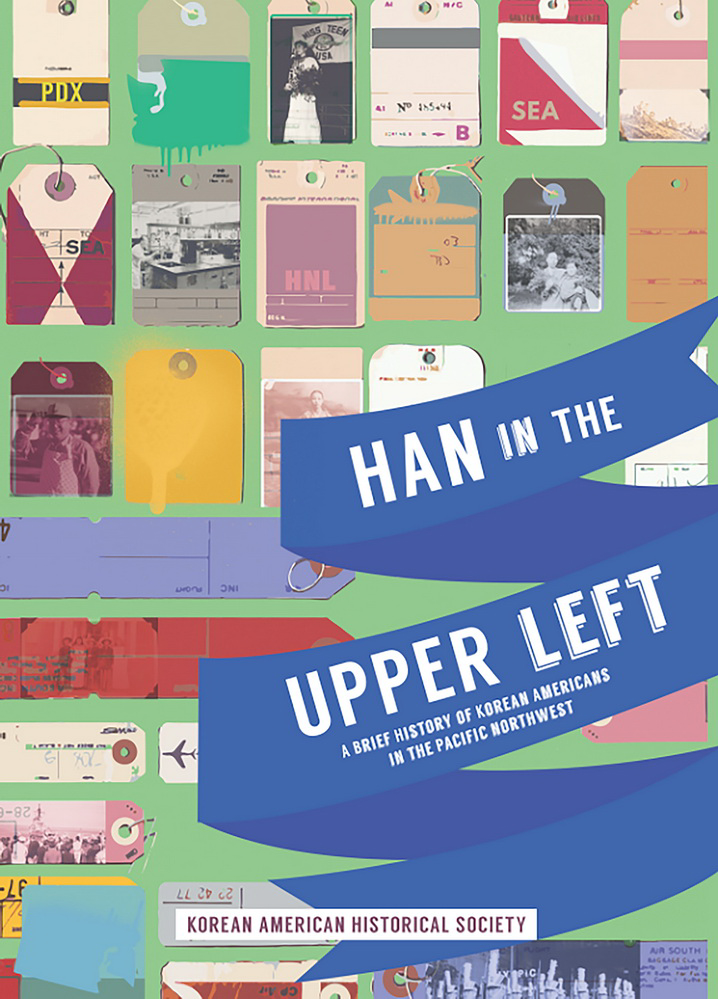 Korean American Historical Society (KAHS) will host a reception for the nonfiction debut Han in the Upper Left: a brief history of Korean Americans in the Pacific Northwest (Chin Music Press May 2015, 104pp).

Members, guests and visitors are invited to celebrate the release of this new book on the lives of Koreans in the Pacific Northwest with an interactive discussion and reading at The Wing Luke Museum of the Asian Pacific American Experience on Thursday, June 4th at 6:00PM. Space is limited; RSVP’s are encouraged by May 22nd (RSVP@kahs.org ).

Han in the Upper Left will be available for purchase at its cover price from the Museum Store. Donations of $50 or more will receive a complimentary signed copy.

This event is free and open to the public.

The release of Han in the Upper Left coincides with The Wing Luke Museum’s exhibit: Bojagi: Unwrapping Korean American Identities. The exhibit runs through November 2015.

Han in the Upper Left tells the many stories of Korean Americans in the Pacific Northwest, from picture brides and salmon cannery workers of the early twentieth century to families landing at Sea-Tac in the twenty-first century. Through moving accounts, innovative analyses, and engaging photographs, this book captures the vibrancy and complexity of Korean American lives and communities, in the past and in the present.

Han in the Upper Left was made possible with generous financial support from the Overseas Koreans Foundation, an organization committed to the development of overseas Korean communities as well as in the motherland by finding and supporting the talents of the next generation of overseas Koreans.

For more information about the event, visit our Facebook event page!